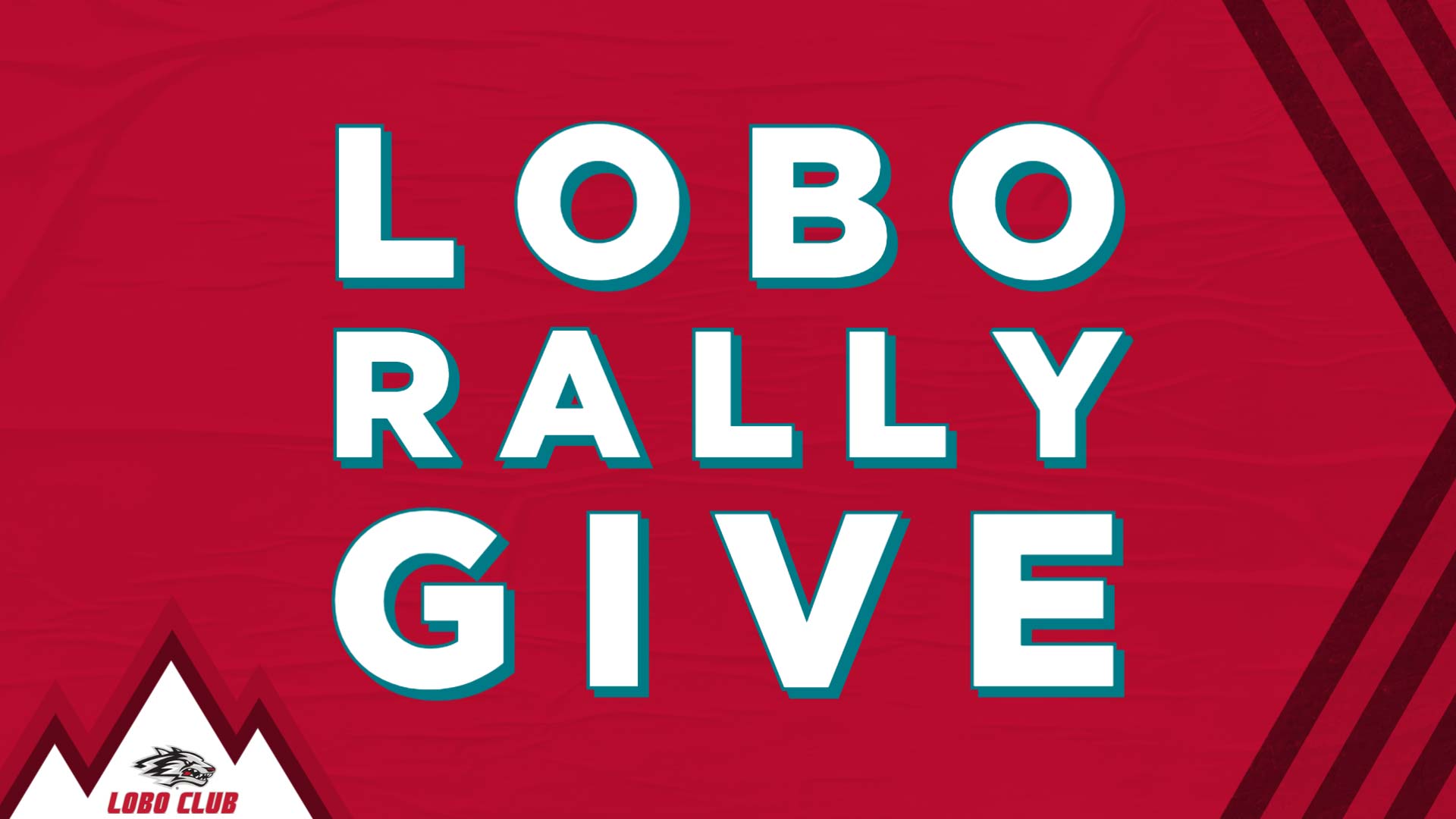 ALBUQUERQUE, N.M. --- The University of New Mexico athletics department has launched the Lobo Athletics RallyGive: Win5 pledge, a new way for Lobo fans to be a part of the gameday action while directly supporting Lobo student-athletes. Through this campaign, supporters will be able to pledge a set amount to the Lobos based on how they perform on the field with categories including touchdowns made, sacks and turnovers executed, wins accumulated, and for making an appearance at a bowl game.

To make your pledges and to learn more about the Lobo Athletics: RallyGive Win5 Pledge, click HERE.

Proceeds from this campaign will go directly to the Lobo Scholarship Fund and will benefit student-athlete scholarships.

In his inaugural season with the Lobos, Coach Danny Gonzales has made the team’s mantra “Win5,” meaning win the Lobos’ 5th conference championship. With the Lobos’ season-opener quickly approaching, UNM athletics is encouraging fans to join in to rally around this mantra by partaking in RallyGive.

By supporting the Win5 pledge, participants will receive a coupon to Stripes Burrito Co. and will be automatically entered into a monthly prize drawing courtesy of Lobo Athletics and Premier Distributing. Each monthly prize is valued at a minimum of $100 and pledgers will also receive an entry into the grand prize drawing. October’s prize is a Bud Light Seltzer 60qt Grizzly Cooler, valued at $300.

Supporters will be able to set a monthly limit on their pledge that your donation will not exceed. Monthly impact reports will be sent at the end of each month when your donation is processed.