Our Lobo Club staff exists to serve. We serve our student-athletes, the University of New Mexico, and the community. We will always act with integrity, accountability, great stewardship, effective communication and a positive attitude. 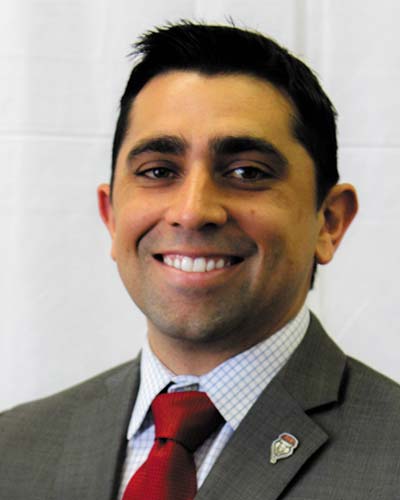 During his tenure, Dominguez has helped secure over $40 million for UNM Athletics including multiple leadership gifts. Jalen played a key role in the restructure of the Lobo Club and has led the team in breaking year-high fundraising goals.

Prior to his current role, Dominguez oversaw the President's Club, an annual fundraising effort for the President's Office. Before returning to his hometown of Albuquerque, Dominguez worked at UCLA from June 2012 to September 2014, first as an account executive and then as Associate Director of Development and Ticket Sales. As an account executive, Jalen earned over $1 million in new revenue in his 16 months before his promotion. Jalen also worked as a development intern for UNM and the Lobo Club from 2009-2011.

Dominguez holds a pair of degrees, an M.A. in Sports Administration from UNM (2011) and a B.S. in Business Administration from New Mexico State (2008). Dominguez was also a member of the Aggies Men's Basketball program while attending NMSU. Both of Jalen's parents, Jeronimo and Meave, earned their Ph.D. from The University of New Mexico. Jalen and his wife Stephanie have a son Luke, and a daughter Grace. 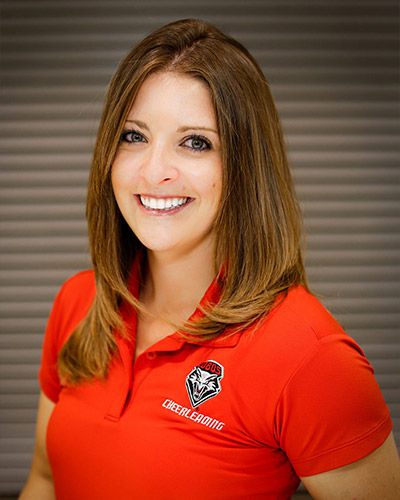 Madison Baumann officially joined The University of New Mexico athletic department in 2011 as Executive Director for the UNM Alumni Lettermen's Association. In 2016, she added the title of UNM Spirit Coordinator.

As executive director, Madison works with both the Lobo Club and the UNM Alumni Association on a variety of events throughout the school year. She also handles many aspects of UNM's alumni tailgates including those on the road at major venues during the football season as well as basketball. Additionally, Baumann runs the UNM Hall of Honor, and coordinates all of the logistics for that very special weekend, from the Hall of Honor banquet to voting and inductions.

Baumann, who received both her bachelor's and master's degrees from New Mexico, also cheered on the All Girl Cheer Team for the UNM Spirit Program for five years from 2004 to 2009. She earned a bachelor's in mass communications/public relations from UNM in 2008, and a master's in athletic administration in 2010.

Madison and her husband Matt have one daughter, Blakely. 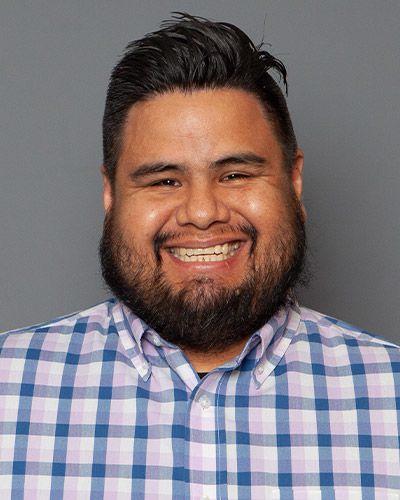 Adam joined The University of New Mexico athletic department in March of 2019 as a donor services tech. In his role Garcia handles the updating of donor information and building new donor profiles, keeping efficient records, creating and maintaining tracking tables and receiving and tracking payments for the Lobo Scholarship Fund and the Sports Enhancement Fund.

Prior to UNM, Garcia worked at the Albuquerque Collegiate Charter School as a community outreach coordinator and office manager. He also has worked at Joined Elements, Inc. as office manager.

Kara Kinney joined the Lobo Family in December of 2021 where she serves as the Director of Development for the Lobo Club. In this role, she oversees many facets of the fundraising arm for UNM athletics, including the Lobo Club and assists with the planning and implementation of fundraising projects and programs. A former college student-athlete, she came to UNM after 17 months as the Advancement Coordinator for Albuquerque Academy.

With Albuquerque Academy she oversaw many aspects of fundraising for the private institution, considered one of the best schools in the entire state. Before that she served from 2016-2020 at the June Shelton School & Evaluation Center in Dallas, Texas. There she was the Capital Campaign Coordinator, and was part of a team that secured over $40 million of a $100 million project for a new campus. She also managed major donor cultivation, stewardship, and events while coordinating and tracking all aspects of the campaign.

Kinney played college soccer at Benedictine College in Atchison, Kansas where she led the Ravens to NAIA Tournament berths in 2012, 2014, and 2015. She served as the team captain in 2015 the same year she earned All-America honors. She graduated with a bachelor's degree in history and sociology in 2016.

She is active outside of athletics, serving on the board of the 100 Club of New Mexico, and was previously a mentor with Big Brothers Big Sisters in the Dallas metroplex.

She and her husband, CJ, an Albuquerque native, spend their extra time hiking with their two dogs, and enjoying a meal at Duran's on Central. 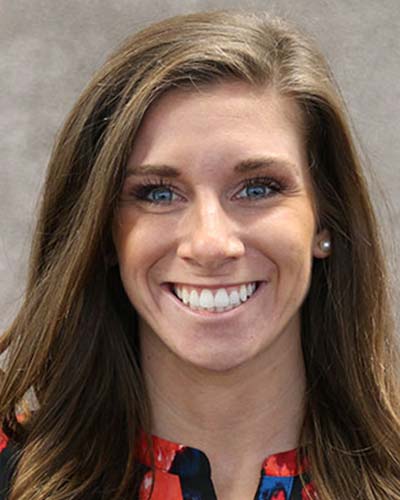 Caey (Addis) MacDonald joined The University of New Mexico Foundation and Lobo Club as the Associate Athletic Director of Development for Major Gifts in March of 2021. In this role, Casey oversees the Champion's Council, an exclusive philanthropic group, and is in charge of all leadership donations for UNM Athletics.

Casey earned her degree in Sports Management from SUNY Brockport in 2014, where she was a member of the gymnastics team. In 2016, she received her Master's in Business Administration from Hood College.

Casey and her husband, Marc, are avid runners and enjoy the many outdoor activities New Mexico has to offer. 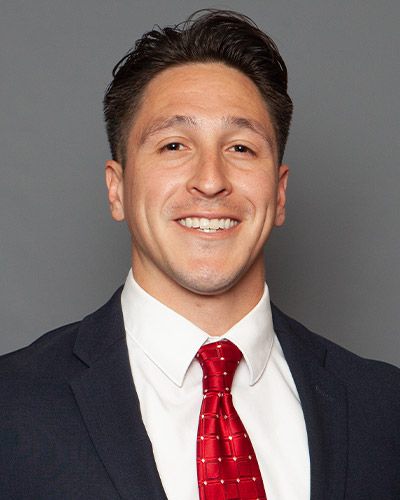 Josh Padilla joined The University of New Mexico in 2015, and is currently the Assistant Athletic Director of Finance & Operations for the Lobo Club, a position he has held since 2018. Prior to that Josh worked in fiscal services for athletics.

With the Lobo Club, Padilla handles all measures of transactions for the Lobo Club, including the implementing and recording of all gifts along with reconciliation. 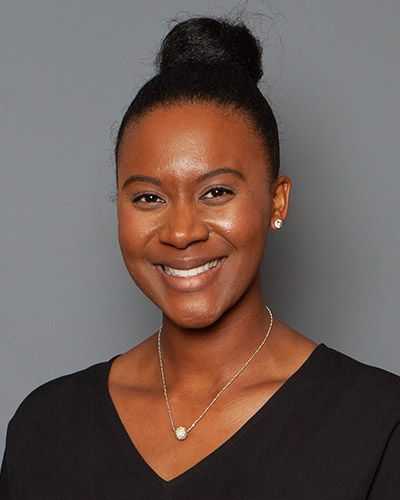 Eryn joined The University of New Mexico in September of 2019 as the Director of Premium Seating and Sales, and was recently promoted to Assistant Athletic Director of Development, Director of Premium Sales & Seating, where she handles all corporate accounts for both The Pit and University Stadium. In her role, she not only works directly in selling suites and club seats at UNM's various venues, but she also works on promotional events using the premium spaces. She also aids the Lobo Club in various other events throughout the year.

Samuels came to UNM after a one-year stint as the Event Sales Coordinator for Spare Time Texas, a premium Entertainment Complex in the greater Austin, Texas area, where she handled corporate outbound sales and events. While there she also served with the Fellowship of Christian Athletes in Texas, as an area representative.

Prior to her time there she was involved in sales on the collegiate level. She worked as marketing and sales representative for the University of Texas for two years (2016-2018) where she worked closely with the popular UT Volleyball program. There she handled promotional plans and tickets for individuals and groups, while working with UT's marketing staff to coordinate specific sales and promotional dates. She also aided in ticketing needs for seven other sports including football, helping UT nearly quadruple group ticket sales.

She also spent two years at Florida State in their athletic fundraising and ticket offices, handling a variety of tasks from handling incoming donor pledges to working with season tickets and alumni ticketing. Samuels also was a student assistant at East Tennessee State and a volunteer compliance assistant at the University of Georgia.

She earned a bachelor's in public relations and marketing in 2015 from East Tennessee State. She was a four-year member of the ETSU volleyball team.

What is the Lobo Club?

Why should I donate to the Lobo Club?

Are there payment options available?

Does the Lobo Club accept matching gifts from companies?

Is my gift tax deductible?

What will my season ticket contribution go towards now?

Can I still receive a tax deduction while giving to the Lobo Club?

If I have more questions, who can I contact?

Request to be contacted